The History of Grey Wolf Lodge 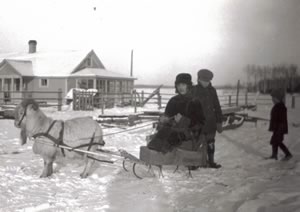 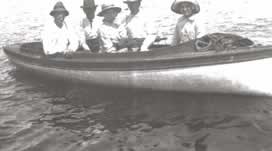 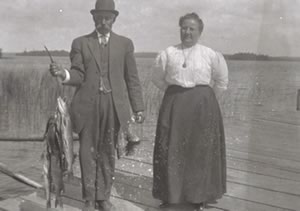 John and Matildia Takala were some of the first homesteaders on Pelican Lake.

1903 – John came by canoe from Tower across Lake Vermilion, up the Vermilion River to the Pelican River, and on to Pelican Lake. Later that year, he and his bride, Matilda, boarded a train in Virginia and went to Ashawa (now Cook). From Cook, John and Matildia walked 24 miles to Pelican Lake.

1904 – The Takala’s moved to Pelican Lake with their 3 young children.

1905+-Two children were later born at their new homestead. John and Matildia worked hard raising a family, farming, building roads, and logging. They cleared about a hundred acres around this area, raised hay, potatoes, & corn. The parents grew older.

192? – John Alfred, a graduate of Coyne Electrical School in Chicago, quit his job in a mine to come back to the farm to help take care of his ailing parents. He was the oldest of the five children.

1937 – “Lakeside Farm Resort” established. This name was a natural choice, because at the time John farmed this land, as he added cabins year by year. John brought in or built eight cabins, a few had been old homesteads. He built the boathouse (by himself) in 1937.cabin

1987 – John sold “Lakeside Farm Resort” on a contract for deed and moved to Phoenix, AZ with his new wife Henrietta.

1988 – A year after selling the resort John took it back. The place was poorly managed and had become run down. John was now getting very old. He needed assistance. Grover “Grubby” Gillespie, a young neighbor and friend of John’s, who had helped him over the years, was called and asked to manage and fix up the resort. Grubby & Diana took on his new responsibilities in 1988.

1989 – Grubby and Diana went through each cabin bringing them up to code. They were gutted, re-roofed, porches were added. A new septic system was installed, wiring improved and cabin #9 was brought down from its original site, near the old homestead, to where it is currently located to serve as a lodge. Grubby and his wife Diana lived in the Rocky Point cabin during the summers.

1996 – Rob and Joanne Kemkes purchased “Lakeside Resort” and renamed it “Grey Wolf Lodge”. Like John, and Grubby and Diana before them, Rob and Jo continued to make improvements to the place. Their largest contribution was the renovation of the “old barn” built in 1939. Today, that barn serves as both our lodge and home. The barn was moved from its original site, on top of the hill across the road, to where it sits today.

2008 – John Metsa, Carol Carlson, and Jacob Metsa purchase “Grey Wolf Lodge”. They added a mini-golf course, sauna/spa building, one-hole golf course, “Big Toy” play ground, and are improving the grounds. We are sure John is proud of all of the parties that followed his lead. The resort is as beautiful as ever. Thank you Mr. Takala.

Have you experienced Grey Wolf Lodge? Send us an email and let us know how you enjoyed your stay with us. "Pelican Lake is a great destination for the Family or Serious Angler --- from abundant Panfish to great Bass, Northern,Walleye Fishing --Pelican has it All!!"
Butch FurtmanSportsman's Journal
"We stayed at Grey Wolf Lodge last summer and had an absolute blast! We highly recommend this excellent experience. Yoga, fishing, fun in the sun, and boating were all fantastic. I love the 'old barn lodge' too. See you next summer!"
Allison Austin
"My family has been coming to Grey Wolf Lodge since the 1950's, and we're still coming back for more. We have many, many fond memories on Pelican Lake at Grey Wolf Lodge. We'll see you again in 2019!"
Ruth Emro
"My family and I had a wonderful stay at Grey Wolf Lodge on Pelican lake. The cabins fit our large family perfectly. Kayaking and doing yoga with Carol in the mornings. Fish are biting too! Can't wait to see you again in the summer of '19!"
Katie Zalewski and Family
"I just wanted to let you know that everybody had such a a great time at the Grey Wolf Lodge! Everyone had fun playing volleyball and hanging around the bon fire at night. We loved the cabins and the fishing was great. My kids had so much fun that we are rebooking again!! Thanks and we will see you this summer! We can hardly wait! The pontoon was GREAT!"
Mike Barrett
"I had a fantastic trip to Pelican Lake last year while staying at Grey Wof Lodge. I caught a 22" Smallmouth Bass. Pelican Lake has GREAT fishing, all possible due to Grey Wolf Lodge! This is an amazing fishery!! See you in 2019"
JM
"What a fantastic time! Thanks and Boogenhagen was the best! We are all rested up and ready to get back to the rat race...See you in 2019!"
Pat & Robyn
"We've been vacationing @ Pelican Lake for over 25 years and have had the opportunity to stay @ most if not all of the resorts located on the lake. Last year was our 1st time staying @ Grey Wolf Lodge and it will be our go to place from now on-we've already made reservations for this year! Great central lake location, beautiful grounds, nice cabins and most importantly wonderful people. Whether you are a serious fisherman or just want to relax there are plenty of activities for all. See you in 2019!"
John & Joyce Casteel and Family
Previous
Next